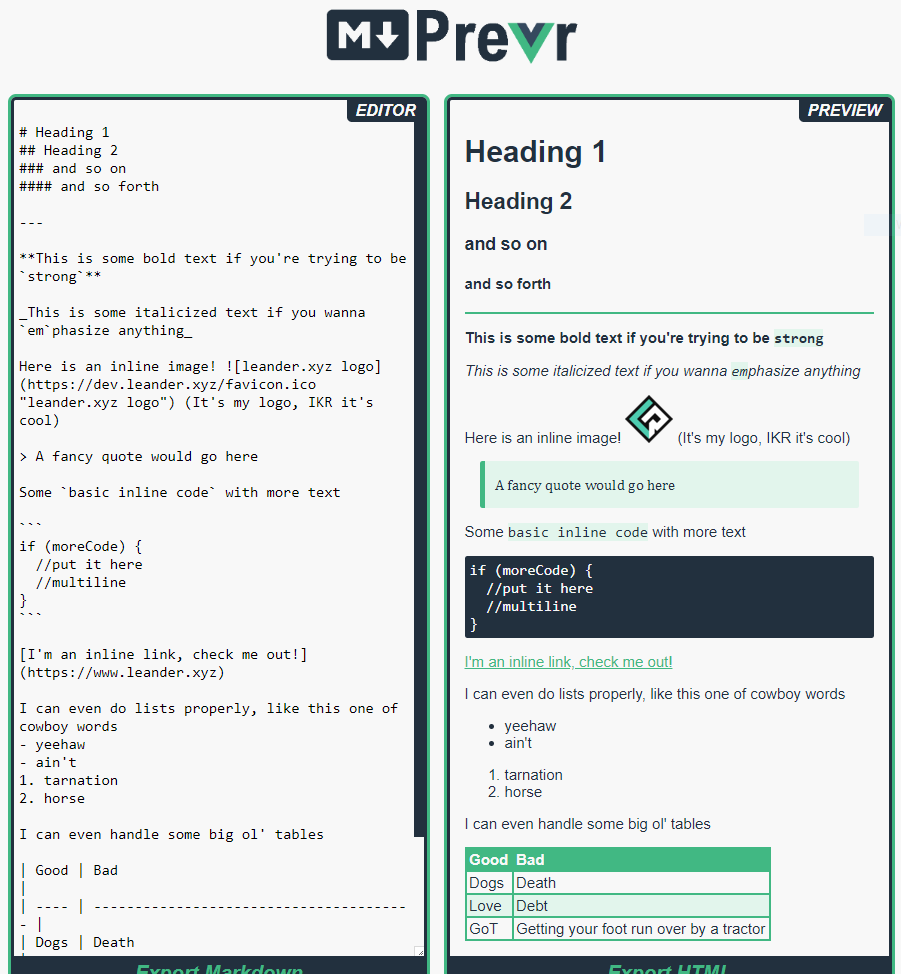 It's a pun get it! It's a good pun I came up with in the shower and coded in a day. I wanted to make a markdown previewer and I wanted to learn Vue.js some more so I put em together. It fits in that sweet spot just too enough work that it looks good, but still way too much to put into a joke app.

Anyway it turned out pretty good and you can check it out over at https://md-prevuer.leander.xyz.

The entire app relies on a knowledge of markdown so that's step number one. Markdown is just a nicer markup language for writing text and ends up being super readable when you're done.

Just type in a bunch of stuff in markdown into the editor pane and you'll be able to a formatted pretty version of your document to in the preview pane. It all the basic markdown features and even stuff like tables and quotes.

When you're done typing out your markdown, you can simply export the .md file, or the prettier .html and go about your business. Pretty neat tool if i do say so myself (and I do).

How it was made

It's a pretty simple Vue app created through the vue create CLI tool. After that it uses the marked library to parse the inputted text. The styling and CSS is all done by yours truly, with a colour palette stolen from the Vue.js docs. Lastly, the export options were added as a bonus feature to give it some actual usability, tied together with custom logic and the FileSaver library.