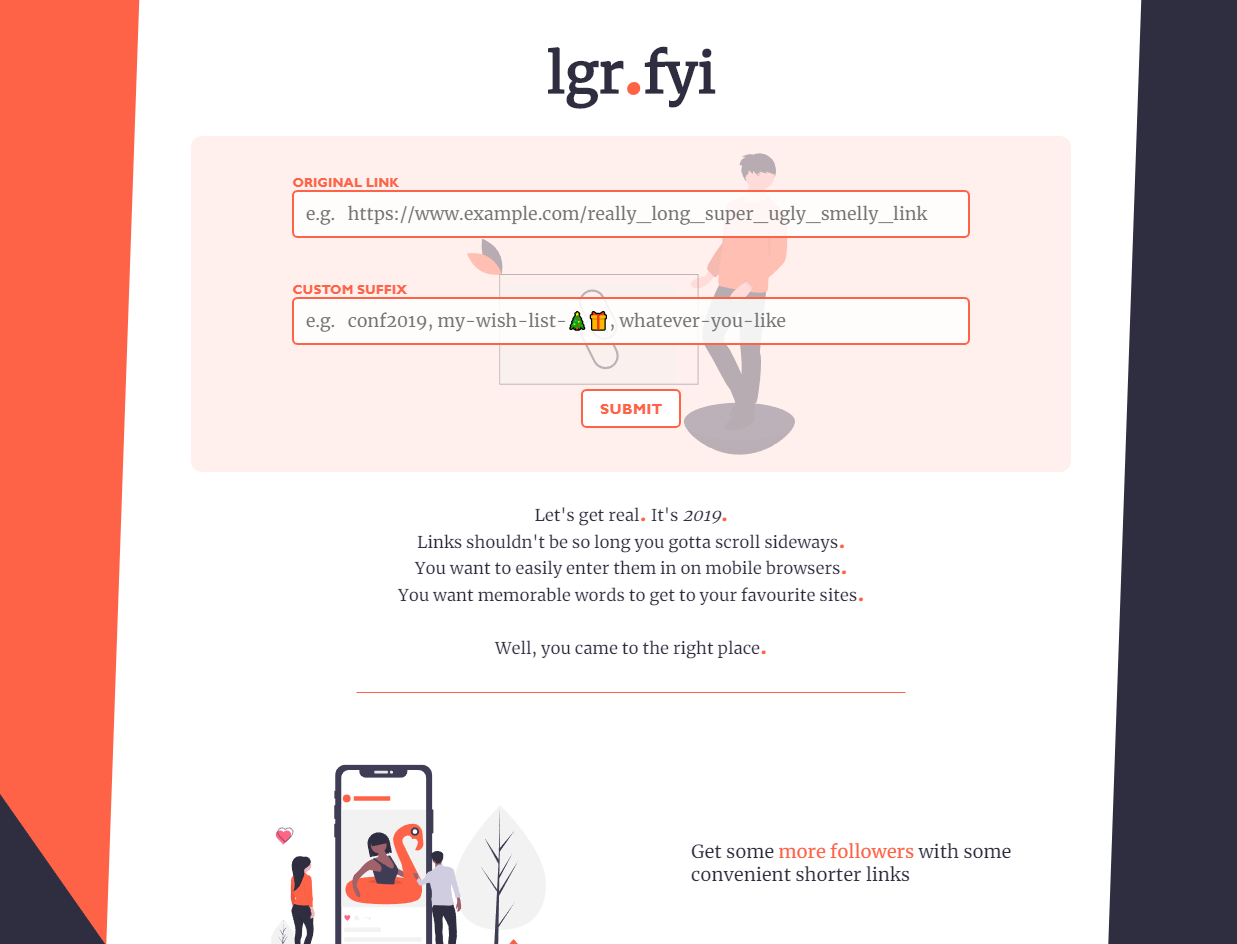 EOL: Just FYI, this project isn't being maintained anymore, so certain Firebase functionality probably won't work. The app can still be visited/explored but may not work as intended!

Welcome to lgr.fyi! It's a simple, open-source, Link Shortener that I developed while I was learning Node.js. I later scrapped that build and tried to re-engineer it completely, making a bunch of UI changes as well as changing some stuff about how it was deployed. The final product is pretty nifty if I do say so myself.

You've definitely used a URL shortener before so I really don't think I need to explain it to you but I'll do it anyway. You just add any link you want to the input field and the app will spit out a nice, short lgr.fyi link that will redirect to your linked resource. It makes sure links are unique, and even lets you add a custom suffix to your link if you prefer that. Any of your immediate links will be stored in your local storage, to keep them nice and accessible!

The initial version of the app was actually a Node App running on an EC2 instance through AWS. It was set up with Elastic Beanstalk to have load balancing and better performance, but as my AWS Free Tier limits are quickly approaching, I decided to remove it from there and host in on Digital Ocean. I don't have much experience with the DevOps world, so setting up a Linux Box to run the app was a welcome challenge.

The actual tech behind the app is pretty simple. The URLs, short and long, are all inside a MongoDB database, while the Node app sits on an Express server somewhere in the Digital Ocean. There's CORS stuff implemented to prevent any abuse, but besides that it all just works!

The frontend is actually a Vue app because I've been doing a lot of React thus far, and I kinda wanna mix things up a little bit. It's served statically from the express server, and built together with TypeScript to enforce some extra rules.

The main difficulty that came from deployment, so I actually wrote a little blog post about it, which I welcome you to check out! leander.xyz/blog/real-deployment